Women in STEM Roundtable Hosted by The Governor of WA 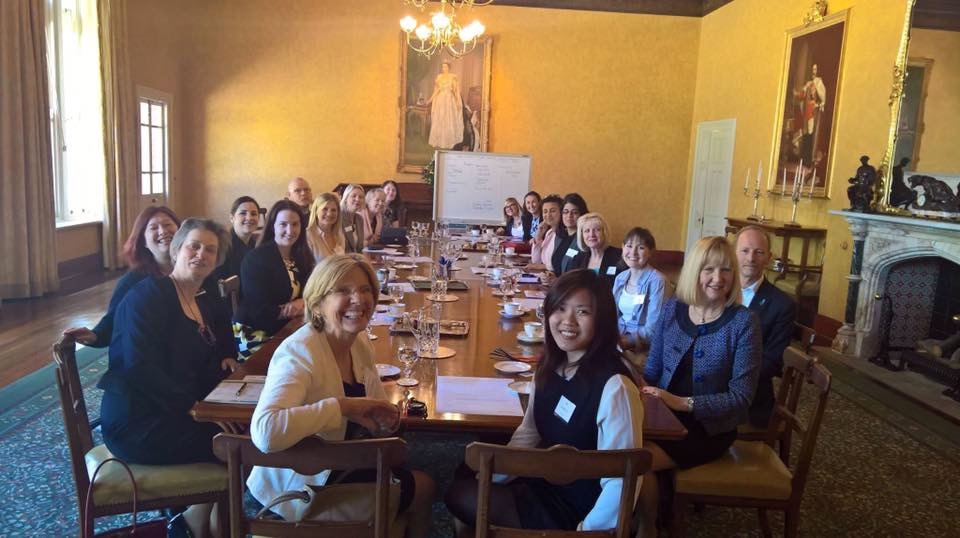 On Tuesday 11 October, 21 people attended the very first Women in STEM Roundtable Meeting and Morning Tea at Government House in Perth, hosted by Her Excellency the Hon Kerry Sanderson AO (Governor of Western Australia) upon the invitation of Professor Lyn Beazley (Science Ambassador, WA Australian of the Year 2015, Patron of WiTWA’s techtrails program).

The meeting was organised by WiTWA and attended by WiTWA Chair Marjolein Towler and was attended by representatives from a wide range of women organisations in the STEM areas (Engineering, Technology, Mining, Oil & Gas, Construction, Astronomy, Mathematics, Health Sciences, Robotics, Trades) augmented with community, government, business and university representation.

Its aim was to understand both the issues in this particular arena, and the programs and initiatives that are being undertaken by these organisations.

The Governor kindly agreed to host the event as she holds a special interest in STEM and wholeheartedly supports endeavours to increase the interest in STEM in young women, as well as increasing the number of women in leadership positions in our state.

The organisations represented all, in one way or another, are contributing in addressing the problem of the lack of diversity in STEM.

The morning started off with an address by Her Excellency, and after that there was wide-ranging discussion on key issues in attracting girls and young women to careers in STEM and strategies for addressing these issues.

The discussion ranged from the “Empty Pipe” (girls not choosing to study or pursue Science and Tech), to the “Leaky Pipe” (women leaving careers in STEM throughout their careers), to the “Canary in the Mine” (isolated women and other minorities failing to thrive or worse in a toxic workplace), to the “Dripping Tap” (very few women being appointed to the top positions). It also touched on the unconscious bias that causes someone to say, “what is the problem” or “this diversity talk is all just a fad” or “men cannot be carers”.

Under the guiding hand of facilitator Helen Hardcastle, the discussion was championed by Professor Lyn Beazley.  Three clear areas of interest emerged from the debate:

Participants then shared examples of initiatives that are currently in place to encourage (and support) greater representation of women in STEM.

WiTWA is very proud to have been able to bring this amazing group of people together. It was a most valuable experience to engage with others who are working to make a difference for women in STEM across academia, education, community, government, and industry sectors.

The conversation has been started and it was clear that everyone there wanted it to continue. It has therefor been decided to reconvene early next year to continue the conversation and to set some achievable goals for the near future.

More from the Blog

What is the T-value and can diversity be the cornerstone of innovation.

7 Careers in a Lifetime? A System Predicts Your Next Best Move

Overcoming self doubt and landing a new job: How Caitlin benefited from being an Award nominee

Reflections on 2020 at WITWA

Want to stay up to date with the latest on what’s happening at WiTWA? Become a member to receive invites to our upcoming events, hear about our annual WiTWA Tech [+] awards, and get news about all things tech [+].

Women in Technology WA (WiTWA) acknowledges the Traditional Custodians of the land on which our offices are located, the Whadjuk Noongar people. We pay respect to their Elders, past, present and emerging. We acknowledge the land was never ceded – always was and always will be Aboriginal land.

WiTWA strives to build an inclusive and diverse community, reflecting the lived experiencesof our members. We use the words women and men, but it is important to us that you knowour definition of women includes all women. Likewise, our definition of men includes all men; cisgender, transgender or gender diverse, and we acknowledge and include those who identify beyond the binary.